On April 29, 2022, William Ball passed away from cancer, at the age of 39. William’s funeral will be held at Peterborough Crematorium in Peterborough, Great Britain, at 11.30am on Wednesday 25th May. William was a bright and promising scientist, who passed away far too early. In memoriam, the International Ozone Commission (IO3C) wants to remember him for his great contributions to ozone science and give our condolences to his family, friends, and colleagues. In October 2021, William was awarded the “Dobson Award for Young Scientists” from IO3C. We will miss William for his scientific brilliance, and his personality, full of life, humor, and sincere interest in other people. 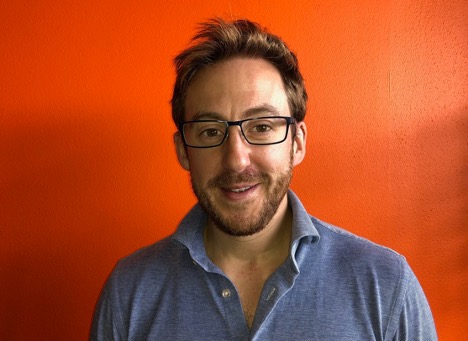 Dr. William T. Ball received his university degree in Physics and Mathematics from the University of Durham.  He was then awarded a PhD in Astrophysics from the Imperial College in London.  His dissertation, entitled “Observations and Modelling of Total and Spectral Solar Irradiance”, focused on magneto-hydrodynamic modelling of solar irradiance variability on daily to centennial time scales.  From there, he moved to Switzerland to investigate the impact of irradiance changes on the Earth’s stratosphere and the ozone layer.  William pursued this topic for about five years, from 2014 to 2019, at both the Institute for Atmosphere and Climate Science at ETH Zurich and the Physical Meteorological Observatory in Davos (PMOD).  In 2019, William received an appointment as Assistant Professor in the Department of Geosciences and Remote Sensing at TU Delft and as Visiting Scientist at the R&D Satellite Observation Department at KNMI in De Bilt, both in the Netherlands.  At the University of Delft, and in collaboration with KNMI, one of the new topics he would work on was, besides the stratospheric ozone layer tropospheric ozone, and air quality. William was very interested to work with OMI and TROPOMI satellite data, as well as innovative analyses and modelling techniques.  Within a few months of arrival, William was diagnosed with cancer.

William was a very bright young scientist, with original, out-of-the-box ideas and new ways to approach science. He was capable of very independent and objective way of thinking. Apart from being a very bright and original thinker, he was also great to work with, with lots of humor. He had a very gentle and respectful personality, which made scientific discussions and brainstorming with William a pleasure.

In October 2021, William was awarded the “Dobson Award for Young Scientists” from the International Ozone Commission for his outstanding scientific achievements in atmospheric sciences and in recognition of his three articles entitled: 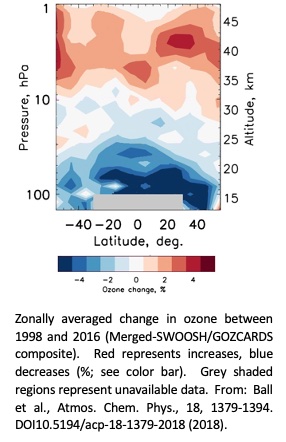 This most influential achievement received widespread, international media attention in February 2018.  William led an international research team that developed new algorithms that are arguably the most advanced means of reducing uncertainties in ozone composite data.  This led to the discovery that—despite the decline of ozone depleting substance because of the Montreal Protocol —ozone in the lower stratosphere had continued to decline at middle and tropical latitudes, where the vast majority of the world’s population lives.  The response from the atmospheric community came promptly.  Some scientists doubted the findings, as most global chemistry-climate models did not show such a sustained, worrisome decline.  Others started to investigate possible reasons for the decline; a question that has developed into a major topic of research for the wider scientific community.  William’s outstanding contributions were crucial in assessing the ozone response to the 11-year solar cycle, resolving previous discrepancies across ozone composites, which led to his involvement in LOTUS - Long-term Ozone Trends and Uncertainties in the Stratosphere, one of many research activities led by the World Climate Research Programme.  He also recently became involved in the WMO UNEP Ozone Assessment, the most influential report on the status of the ozone layer.

His recent work also addressed the controversy in new estimates of spectral solar irradiance, which indicated that solar cycle variability may be up to ten times larger than previously suggested by models and earlier observations.  Through a novel approach combining ozone and solar irradiance science, he resolved the controversy by demonstrating that these large solar cycle irradiance changes are incompatible with ozone observations.  This led Switzerland to nominate him in 2016 as Young Scientist of the Year to the World Meteorological Organization.

As his first direct supervisor at the TU Delft (before I left for my new position at NCAR, USA), and previous IO3C member (2012-2020), I will remember William Ball as an original and out-of-the-box scientist, and miss his ideas and brainstorms, his humor, and his love for life. The way he coped with his illness, his always positive attitude, can only deserve deep respect.

We will miss you William in our atmospheric science community.

Pieternel Levelt (NCAR – previous KNMI and TU Delft, and previous IO3C member), with Sophie Godin-Beekmann (IO3C President), Paul A. Newman (IO3C Vice-president) and Irina Petropavlovskikh (IO3C Secretary), and with thanks to the input from the colleagues from Switzerland and The Netherlands.